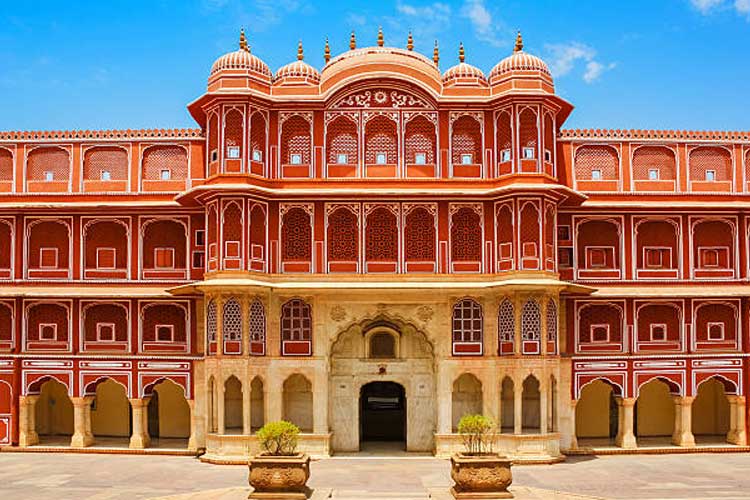 The exuberance of the Jaipur city is so vivid that it is quite overwhelming to pen it all down, while some called it as the royal capital of the land of Kings, some address it with the sobriquet of the Pink City, some called it the best of Rajasthan, while some other called it the flamboyance of the deserted state, and justifying all of it is the majesty of the city of Jaipur, where every brick and cornice narrates the story of royalty and chivalry.

The largest city of Rajasthan, Jaipur was founded by Jai Singh II. The city apart from being famed for its cultural heritage is the home of the two UNESCO World Heritage Sites: The Jantar Mantar and the Amber fort which are quite an ostentatious part of Jaipur Holiday Tour Packages.

Jaipur, the Pink city, the capital city of the Rajasthan state is quite popular among National and International tourists for housing some of the most amazing Forts and palaces in temples and they add a whole charm to its Rajputana embers. One of the major attractions of the city is interpreted buildings which with the pink facades and well-planned blocks are the ecstatic attraction of the city. They inherit the charm from the bygone era and their breathtaking architecture arts the whole new Charisma to the city. Enrapture your inner soul with the one day Jaipur tour will guide you for a Jaipur Heritage walk we can easily sight the most popular tourist destinations of Jaipur.

You will be greeted at airport by one of our representatives who will assist you with your Jaipur sightseeing tour. Following are the places you are going to visit

Amber Fort: Commission by the Man Singh in the 16th century Amber fort is star citadel of Jaipur perched on the hilltop and is listed amongst the most popular tourist destination of Rajasthan and a must under Jaipur city tour. Built with red sandstone and white sandstone the Fort is one of the finest examples of architectural brilliance. Exhibiting the blend of Rajput and Hindu architectural style and fusion of Indo Islamic ornamentation the fort is one of the finest heritage sites of Rajasthan. The carvings on the ceilings and on the walls are the highlighted feature of the Citadel. Apart from housing the several notable structures like Sukh Mandir, Sheesh Mahal, Diwan-I-Aam and more, the Amber fort also offers the lights of royal elephant safari to the top of the Fort.

Jal Mahal: the former hunting lodge the Jal Mahal which is also known as the "Water Palace" is the low-rise symmetrical structure Nestled amidst the Man Sagar lake which also makes it the perfect spot to capture the enchants of Jaipur panorama with lenses.

Hawa Mahal: the five-storied structure was commission by Maharaja Sawai Pratap Singh who belong to kachhwa Dynasty. The red and pink sandstone building is one of the prominent landmarks of Jaipur. The embodiment of the Rajputana architectural skills, the structure is built in the shape of the crown of the Hindu God Lord Krishna. The pyramid-shaped structure has 953 small Windows with their intricate carvings which was primarily built for the ladies of the royal family so that they can catch the insights of the local lives. The structures amongst the most visited Marvels under same day Jaipur tour.

City Palace: Nestled in the heart of Pink City, the City Palace is a beautiful structure commission by Maharaja Sawai Jai Singh, who was the ruler of Amber. It is an impressive assortment of vast array of Courtyard gardens and buildings. Chandra Mahal, Mubarak Mahal, Mukut Mahal, Shri Govind Dev Ji temple has the most notable structures of the City Palace.

Albert Hall: The oldest museum of Rajasthan is nestled in the premises of Ram Niwas Garden, another finest example of Indo Saracenic architectural style. The museum exhibits a rich collection of Artefacts including Ivory, painting, carpets, stone metal sculptures, and crystal works.

Birla Mandir: Perched on the elevated base of the Moti Dungri hill, Birla Mandir is one of the Hindu temples located in the Pink City. The grand temple is also known as Lakshmi Narayan temple. The religious structure is quite famous for its architecture and design throughout India. The marvel is constructed of three domes that represent the three different religions of India. The walls of the Mandir are adorned with the quotes of Mahabharata and Upanishads and engraved with sculptures that exhibit the different events and themes of Hindu mythological period
With so many astounding captures and the memories enriched with waves of laughter and narrative legends, your Jaipur Same Day Tour comes to an end.