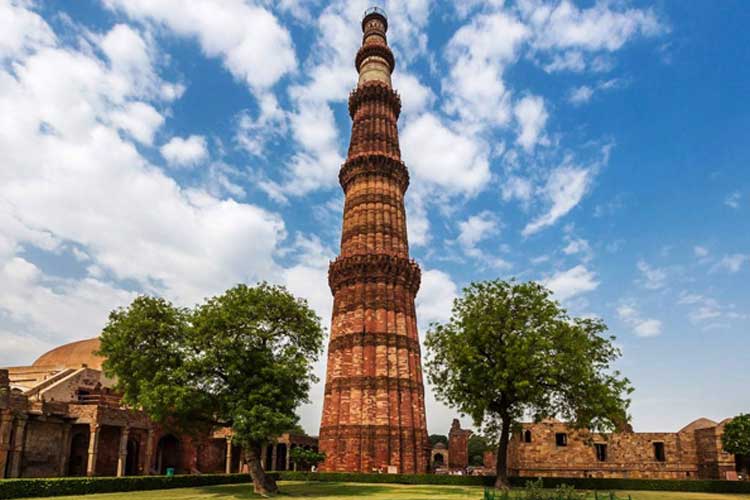 A tour to the Capital of India, New Delhi is a historical as well as an adventurous tour. The city has an imperial past which is proof of the rise and fall of many empires before the dawn of history.

The hub takes you for a tour to Delhi where you can visit the ancient monuments that brings alive the history of the past. The national capital is the initiating point for the tourists around the world.

During the Delhi Sightseeing Tour by car, you will visit the popular historical sites situated in the city. These sites attract a large number of tourists around the world.

Places to visit during Delhi Sightseeing tour by cab:-

Red Fort: The Red Fort is one of the most spectacular pieces of Mughal architecture in Delhi. Between 1638 and 1648 Mughal emperor Shah Jahan, built this fort having walls extending up to 2kms in length with the height varying from 18 mts to 33 mts. This fort situated in Old Delhi is a reminder of the magnificent power and pomp of the Mughal emperors. The red sandstone walls of the massive Red Fort rise 33m were designed to keep out invaders, but today they mainly keep out the noise and confusion of the city, making the fort and its gardens and pavilions a peaceful haven from the surrounding chaos. The fort's main gate, the Lahore Gate, is one of the emotional and symbolic focal points of the modern Indian nation.

Qutab Minar: It is the highest tower in India, built in red and buff sandstone. The monument covers an area of 14.32m in diameter at the base and about 2.75m on the top with a height of 72.5m. In 1199 A.D. Qutb-u'd-Din Aibak laid the foundation of Qutab Minar for the use of Mu'azzin. He built the first storey, later three more storeys were added by his successor and son-in-law, Shamsu'd-Din Iltutmish. The tower symbolizes Islamic rule of the city. The first three storeys are made of red sandstone, the fourth and fifth storeys of marble and sandstone.

Humayun's Tomb: Humayun's wife, Hamida Begum, built this monument in Delhi in the year 1556. The tomb is set on a platform amidst a garden and is believed to have influenced the design of the Taj Mahal. The structure of the tomb is as magnificent as the Taj Mahal in Agra. The splendor of this grand monument becomes overpowering on entering through the lofty double storied gateway. The fountains with simple yet highly developed engineering skills enhance the beauty of the garden.

Jama Masjid: Jama Masjid is the largest mosque in India where thousands of Muslims offer prayers every day. The mosque was built in 1656, with the flight of stairs and large courtyard, which are marvels of architecture. It has three gateways, four angle towers, and two minarets standing 40 meters high and constructed of alternating vertical strips of red sandstone and white marble. Broad flights of steps lead up to the imposing gateways.

Old Fort: The ruins of the fort are located on a small hill which once stood on the banks of the river Yamuna. Legend has it that the fort marked the site of Indraprastha, the magnificent capital of the Pandavas, though Sher Shah Suri carried out the construction sometime between 1538 to 1545 AD. The structure houses a mosque, which has a double storied octagonal tower. It is said that the Mughal king Humayun fell from the tower and died. At the foot of the hill is a lake where the Delhi Tourism has arrangements for boating.

Rashtrapati Bhavan: The Rashtrapati Bhavan or the President's House is the official residence of the President of India. The Bhavan has 340 rooms and is spread in an area of about 330 acres. It is a wonderful blend of Mughal and Western architectural styles. The Bhavan comprises of the magnificent Durbar Hall, the Ball Room, the State Dining Room, and private chambers. The Mughal Gardens within the complex are a treat for the eyes and are open to public during certain periods of the year.

Chandni Chowk: It was the eyes and ears of the Mughal's commercial instincts and is today one of the country's best known wholesale markets for textiles, electronic goods and many other items. The entire area was designed by Jahanara Begum, Shah Jahan'' favorite daughter and was then inhabited by the well-to-do families of the time. In today's time, this area is highly congested.